Ten things not to say to a depressed person 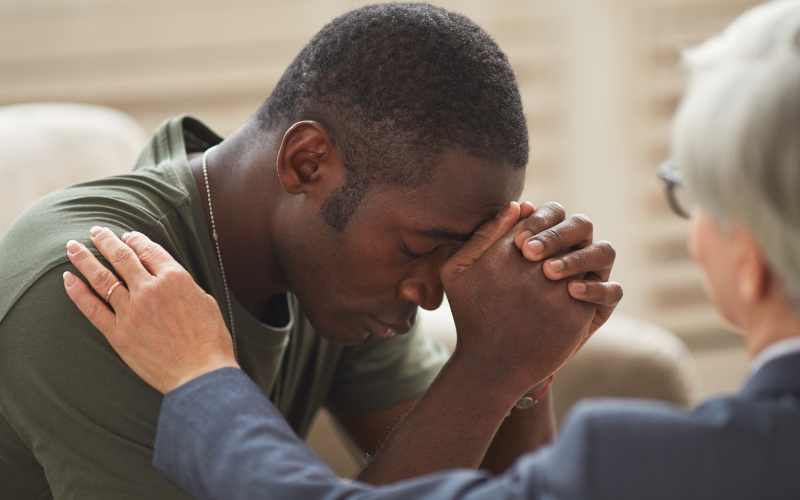 26 Aug Ten things not to say to a depressed person

Depression is a very common illness.  The World Health Organization estimates that between 5 and 10% of us are, at any given time, suffering from depression which meets the clinical criteria for a mental illness.  Over a person’s life-time, their risk of experiencing clinical depression is 10-20% in women and girls, and slightly less in males.  Yet despite the fact that depression is so widespread, it is apparently still a very misunderstood illness.  That’s the only conclusion I can draw from some of the insensitive, crass and sometimes downright bizarre things people have said to me about my depression over the years.  Do any of these unhelpful comments ring any bells with you?

1) “You don’t need to be depressed!  Just rent a funny movie. Or go and get yourself a massage.”  (One of my university lecturers)

The kind of person who says this is lucky.  They have never experienced genuine mental distress, and nor has anyone very close to them.  Problem is, while you are using the term “depressed” in the clinical sense, they interpret it in the loose, informal way we sometimes use the word in our culture – oh my God, it’s the last episode of my TV show!  I’m so depressed! – when we actually intend to convey that we are temporarily deflated, dampened, blue, melancholy.  It’s fairly easy to get through this kind of mild, transient low mood – say, by one-click ordering the Mad Men box-set – so the person with no sense of genuine depression will assume that you can get through your depression by simply making some small, cheering adjustments to your lifestyle.  In fact, they’re probably wondering why you haven’t done so already.

2) “It’s so hard to understand depressed people!  My sister’s just like you.”  (Mother of child’s friend)

This is an extension of the type of attitude expressed above, only rather than just being puzzled and mildly irritated as to why you don’t just snap out of it, the person has become frustrated from having to put up with long-term exposure to a depressed relative.  They’ve shown their sister a funny movie!  They’ve paid for her to get a massage!  And she’s still depressed and quite frankly it’s a bit of a downer now, and they wish she would at least try to pull herself together.  Over time, this can develop into:

3) “She’s always depressed! Who wants to be around a depressed person?”  (Elderly relative)

This was not actually said about me, but in my presence, about someone who was grieving following a series of miscarriages.   If you care about people who say things like 1, 2 or 3, or you are forced to spend a lot of time with them, you could try educating them by providing them with some of the excellent material produced by organisations such as Mind, or the Royal College of Psychiatrists…. yeah, good luck with that.

4) “But you can’t be depressed! You’re so confident/bubbly/jolly/self-assured (delete as applicable)!”

I actually can’t count how many times someone at work or university has said this to me.  Here’s what I could say in response, to walk them through it, nice and slowly (although in actual fact, I never bother).  Some of the time, I really am confident/bubbly/jolly/self-assured/whatever – in fact, sometimes a bit too much so, and that’s a feature of my illness in itself.  Most of the time, though, I’m not – I’m self-doubting, self-hating, anxious, and convinced I am a terrible person and that I am awful at my job.  But in order to get by socially and in the workplace, I have to pull together some kind of functional persona to get through the day.  So, that’s what you will see when you meet me.  If big cracks start to emerge and I can’t hold the persona together any more, that’s when I disappear, because I have to take some time off work, and will stop wanting to socialise anyway.  Of course, this means that you’re very unlikely to see me depressed and anxious.  But then, you never see me naked either.  Some things are best saved for the privacy of home, thanks.

5) “I don’t believe there’s such a thing as mental illness.  People in developing countries like the one where I grew up just don’t have these sorts of problems.”  (Colleague)

It may be that there are some rural communities, including those in less developed countries, where there is greater social cohesion and less of an evident gap between rich and poor, where people have a greater sense of certainty and belonging and enjoy better mental health.  Maybe the person who said this was fortunate enough to have grown up in one of those communities.  It takes a big generalisation, however, to assume that this means all people in developing countries either have good mental health or “just get on with things”.  The World Mental Health Survey Initiative found that rates of bipolar disorder (my diagnosis) did vary between nations, but globally “the severity, impact, and patterns of co-morbidity were remarkably similar” with increased risk in suicidal behaviour for people of all nations who met the diagnostic criteria.  Sadly, but unsurprisingly, people in poorer countries were much less likely to have their treatment needs met, even when their condition was identified.

6) “But look at how lucky you are!  You have a lovely husband and beautiful children!” (Acquaintance)

Oh!  Do I?  Thanks, I wondered who those people were who keep following me around.  Here’s the thing: yes, I have, and that’s part of the problem.  There have been times when my immediate family circumstances have contributed to my mental ill-health (e.g. post-natal episodes, the loneliness of the stay-at-home mother, marital difficulties).  There have been other times, however, when no matter how happy and stable my family situation, I’ve become unwell for other reasons.  Then I am consumed by guilt about the fact that I can’t be the partner or the mother than my family needs.  It is upsetting and frightening for them to see me in the ugly depths of suicidal despair, and in a horrendous Catch-22, this only make me more depressed and self-hating.  So, thanks for the reminder!

7) “What did you think motherhood was going to be like: Little House on the Prairie?” (Parenting helpline volunteer)

No, I actually assumed we wouldn’t have to make our own log cabin and sunbonnets.  Neither did I assume, however, that I would be on a pink fluffy cloud of pathological elevated mood right after birth, followed by incapacitating postnatal depression that made it really hard to care for my children.  I rang that parenting helpline on particularly desperate afternoon, and tried to explain to the call handler that I felt overwhelmed by the loneliness of being in a new town without a network of friends, by a colicky baby that wouldn’t stop crying, by a two year old child whose behaviour was becoming worse and worse in response to an increasingly withdrawn mother.  Needless to say, I felt about ten times worse after calling.  I really should have complained, but didn’t have the energy.

8)  “Feeling sorry for ourselves, are we?” (General nurse, delivered in snotty tone of voice)

I wonder if this person has had a re-think about their suitability for one of the caring professions yet?  She was on duty when I came into A&E because I was suicidal, and clearly felt that I had no business wanting to kill myself when she spent her time putting people back together.  I can understand that suicidal people might be frustrating to doctors and nurses who are not in the mental health field, but I would point out that being snide and nasty isn’t particularly likely to make people think the world is a place they want to keep living in.  A classic example of, “If you can’t say anything nice, don’t say anything at all.”  Please.

9) “What is it you want from me? This service is for people with serious mental health problems.” (Community Psychiatric Nurse)

What do I want from you?  Ooh, I don’t know.  Some support, so that I don’t feel so much like killing myself all the time?  Before this conversation, I wasn’t aware that a condition such as depression, with a 6% suicide rate, or bipolar with its whopping 15% suicide rate, wasn’t considered serious.  That makes the survival rate for bipolar 85%; some cancers now have a better 5-year survival rate than this.  Bipolar has been shown in some studies to shorten life expectancy by 16.3 years for a woman.  Diabetes UK states that for Type 2 diabetes, life expectancy is shortened by up to 10 years.  5,706 people killed themselves in the UK in 2009 – coming up three times as many people as died from skin cancer that year (2,067).  I’d be pretty shocked if a nurse didn’t think that skin cancer or diabetes were serious diseases.  Just goes to show that even some healthcare professionals are more inclined to bring stigma and misunderstanding to bear, than risk statistics and factual knowledge, where mental health conditions are concerned.

10) “It’s probably your age/hormones/period.” (Various GPs, in my teens)

Argggghhhh!  No, my moods do not follow my menstrual cycle!  No, there is no possibility I could be pregnant!  No, I’m not “just a moody teenager”!  I’m not keen on labelling or medicating kids, but GPs really should learn to differentiate between an emo kid, and one with a suicide plan.  Also, I would like to think that perhaps we have moved on from blaming women’s uteruses for their mental health problems.  Whatever else my womb might be doing, I’m pretty sure it isn’t wandering about and/or giving me bipolar disorder.

So that’s my top – or perhaps bottom – ten.  What are yours?